Biodiversity vs. Bulldozer – soon in Rockford

The Natural Land Institute is co-hosting a meeting with Sinnissippi Audubon this Thursday, Sept. 27 at 5:00 p.m. at the Forest Preserves of Winnebago Co. office.

Some great people (perhaps equally hastily) assembled this Facebook site with many details.
If you live in the area, it would be great if you could speak out.
Write to Rockford Mayor Tom McNamara and other elected officials.
Write to Paul Cicero who is chairman of the Greater Rockford Airport Authority.
Write to other officials at that Authority – who, it seems, will make the final decision.
Are there other good strategies at this late date?
Some people in emails and on the Web sound too angry to be convincing. Approaches that seemed like “conflict” and “aggressive civil disobedience” would not likely work.
Few of the public would be sympathetic to it.
We’re in a pandemic.
We’ve lived through Trump.
We are living through the early stages of climate change.

Getting a lot of people to weigh in positively and hopefully may be the best strategy.

There’s a lot of info and quotes from good people on the web page. There’s even a little video clip of Jack White (the principal coordinator of the highly respected Illinois Natural Areas Inventory in the 1970s and an expert on ecosystem quality) explaining how you can’t move this treasure of an ecosystem – and how it got there. But there hasn't been enough concern expressed effectively enough to stop the planned destruction in November.

This prairie has fought off bids to destroy it in the past. It should be dedicated as an Illinois Nature Preserve, which would end the bulldozer threat permanently. 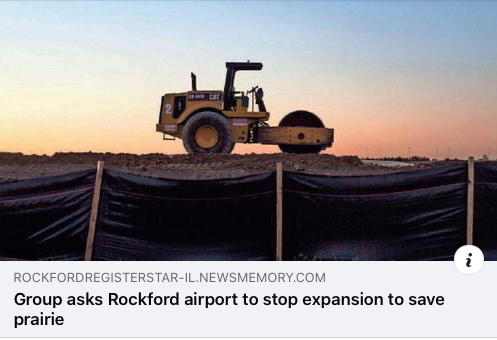 The Facebook advocates propose letters to editors and officials and signs posted in the Rockford area.

Are there better strategies to recommend? If so please let me know by "Comment" or email.
Then I can add those ideas to this post.
Please share this post - especially with anyone you know in the Rockford area.
Aerials 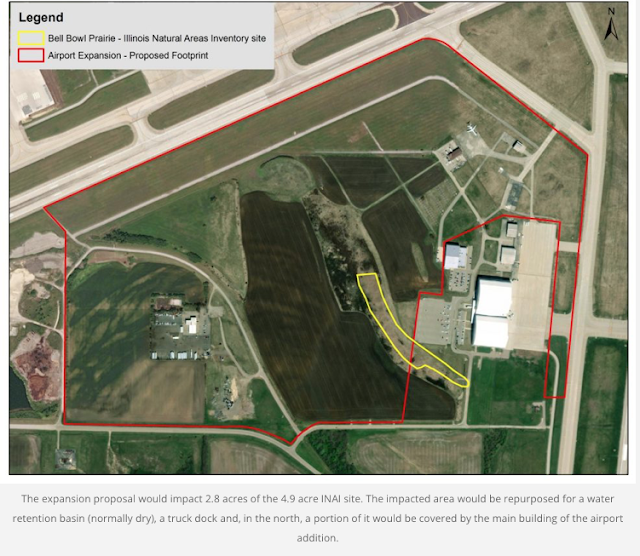 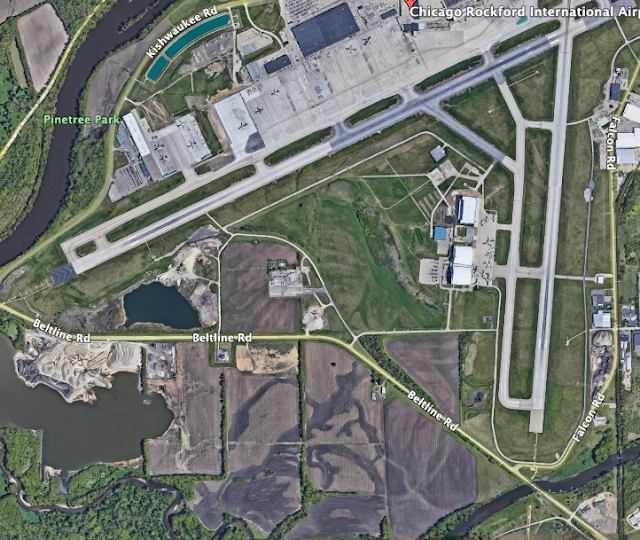 In this aerial, Bell Bowl Prairie is to the left of the two bright white square rooftops. Here, it's easy to see that there is other nearby land for water retention, truck docks, and buildings.
Stephen Packard at 11:01 AM
Share